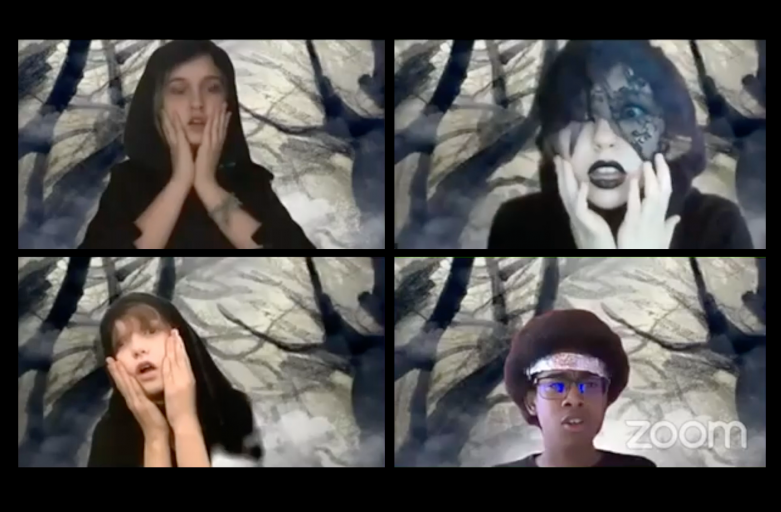 Many of Shakespeare’s plays employ the powers of supernatural creatures and events. From the prophecies and dreams in Julius Caesar to the Weird Sisters predictions to Macbeth to the resurrection in A Winter’s Tale, to the illusions and shape-shifting in The Tempest – magic was in the air during the time of Shakespeare – and you had to be of one mindset on the matter – or watch out! You might be dropped in the Thames to see if you could swim. If you can’t, you’re innocent of witchcraft. You likely also drowned.

Magic as Literal / Magic as Metaphor
The use of magic and supernatural elements in 16th Century plays might not be as metaphorical as you think – to the people of the 16th Century, the supernatural realm was very real.

The Conscience of the King!
When your leader is a little mad…..Shakespeare’s plays were written with the Powers that Be in Mind.  While king of Scotland, James VI became utterly convinced about the reality of witchcraft and its great danger to him, leading to trials that began in 1591. The King was convinced that a coven of powerful witches was conspiring to murder him through magic, in league with the Devil. In 1597, with the end of the trials, James published his study of witchcraft, Demonology. When James became king of England in 1603, the book was published in London as well.  Did Shakespeare write Macbeth, A Winter’s Tale, and The Tempest as a response to what was…in the air?

ACTING EXPLORATIONS
Our plays may include:

COST
$180.00
We believe that every child who is drawn to this work should be able to participate, so we offer a variety of scholarships – click here for the application form and guidelines. Please do not hesitate to apply!