Expanding our Circle – 2018 in Review

In 2005, in a house on Highland Avenue, two four-year-olds (with a little help) began speaking Shakespeare to each other. As they asked for more and more, it was clear that we needed to reach out and invite more children to this nascent “Club.” And so it has gone every year … our “Club” keeps growing and our circle keeps expanding … and in 2018, Los Angeles Drama Club reached more than 800 children. We now have:

The Bard is always alive and relevant to our young Players. With new studies out on the effect of screen time on children’s brains, we are a place of refuge – showing young souls an alternative to the highly distracting games and social media offered by our screen-saturated culture …

LADC Founder Blaire Baron is preparing for her second trip to Africa this Spring. After she expanded our circle to Botswana last March, she is looking forward to returning to the Motopi School, where their work with theater games and Shakespeare is helping 350 young students learn to be more creative and organic with their English – the key skill enabling them to succeed in the world outside their village. With your help, she is expanding the program to include two more schools in Botswana, and is exploring the possibilities of working with a school in the Congo.

READ MORE ABOUT HER EXPERIENCE 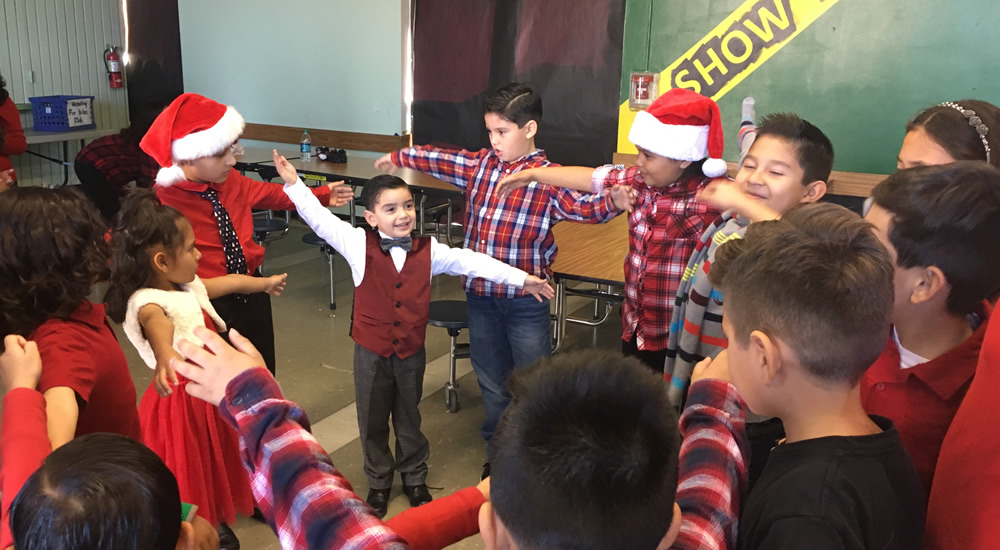 Thanks to the extraordinary GO Campaign, helping vulnerable children all over the world, we are currently in residence at the LA Leadership Academy in East LA. These students, from Kindergarten to 5th grade (the youngest is a 4-year-old English Language Learner!!), recently performed their first recital – they are captivated by Shakespeare’s stories, and are excited about exploring Shakespeare characters for their second performance in the Spring!

SUPPORT THEM ON THEIR SHAKESPEARE ADVENTURE! 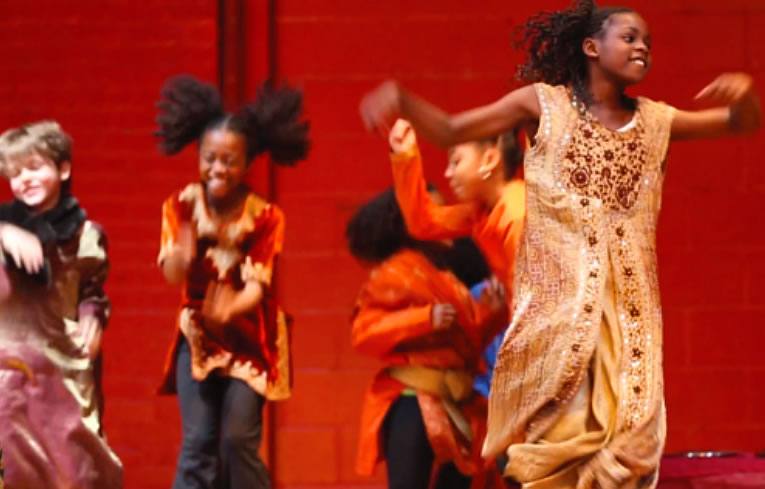 January will see us expanding the circle even further as we become part of the curriculum at Florence Griffith-Joyner Elementary School in Watts. The entire 4th and 5th grade class of this school (where almost all the children qualify for the LAUSD Free Lunch program and 1/3 are English Language Learners) will experience the magic of Shakespeare.

And this Spring, we’ll be working with Upward Bound House. As they work to empower homeless families to obtain housing stability, build healthy relationships, and enjoy emotional and financial well-being, we are thrilled to be supporting them by providing a “Spring Break Solution” – a safe and enriching space to play, be creative and find community while school is not in session.

HELP US SHOW THAT SHAKESPEARE IS FOR EVERYONE! 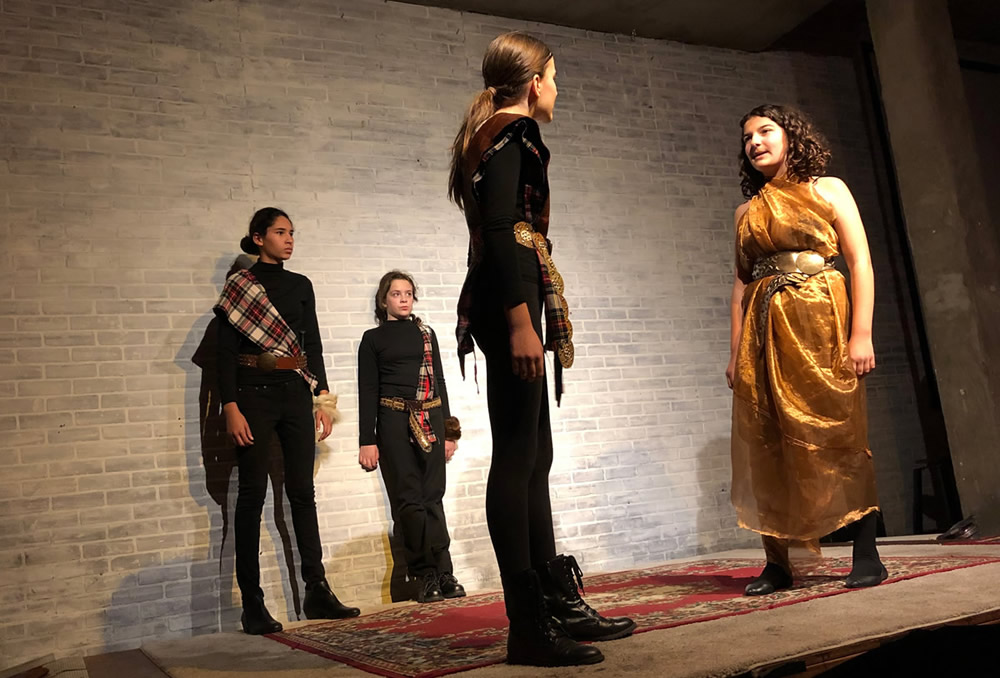 SHAKESPEARE IN THE SCHOOLS

In addition to Joyner Elementary, we are establishing partnerships with other LAUSD schools. The young women at Girls’ Academic Leadership Academy just presented their third full production. After tackling The Tempest and Much Ado about Nothing last year, this Fall they presented a powerful production of Macbeth, complete with a climactic sword fight, choreographed by our teaching artist, Kila Packett. And this Spring, we will be working with New West Charter School, and returning to Adams Middle School in Redondo Beach. 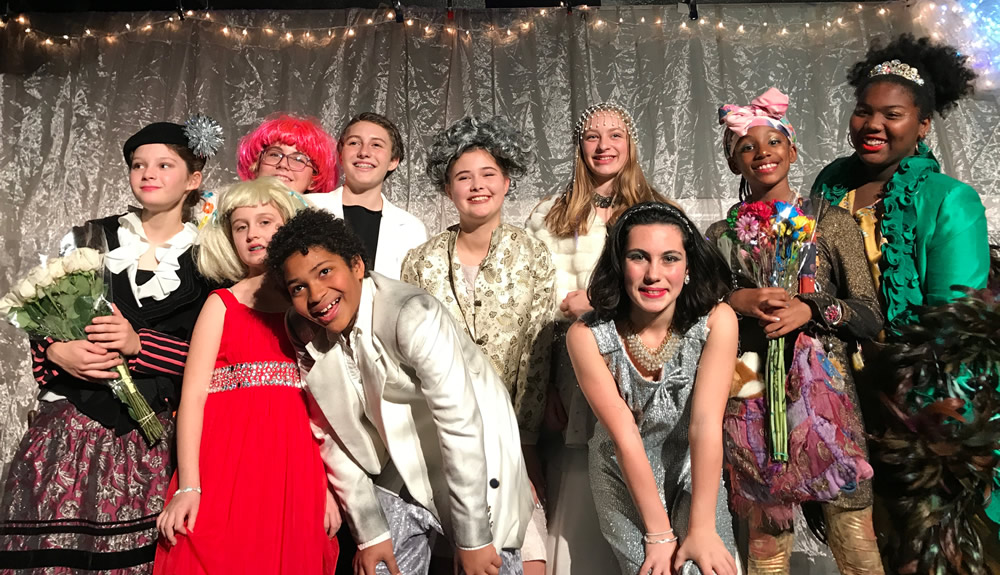 In the Spring, Julius Caesar, inspired by The Manchurian Candidate, began against the backdrop of the Cold War, and descended into the chaos of Vietnam.

King Lear, set in modern-day LA, spoke to the issues of homelessness and the vast gap between rich and poor that we see every day.

Our youngest Players presented a lively and colorful production of the rarely performed Timon of Athens.

Blaire Baron’s original script, Ill Spoken: The People vs. William Shakespeare, developed for our Players, brought several of Shakespeare’s most notorious villains into modern day in a quest for more seemly and positive Legacy.

And this Fall, our reverse-gender Taming of the Shrew Churl went into the future and outer space to ask whether women really are from Venus!!

Please join us in March, for As You Like It (performed by our youngest Players), our “Fractured Fairy Tale” Cymbeline, and Henry IV (performed by our teen ensemble, many celebrating a decade with Shakespeare)!!

SUPPORT THIS MAGICAL EXPERIENCE FOR OUR PLAYERS 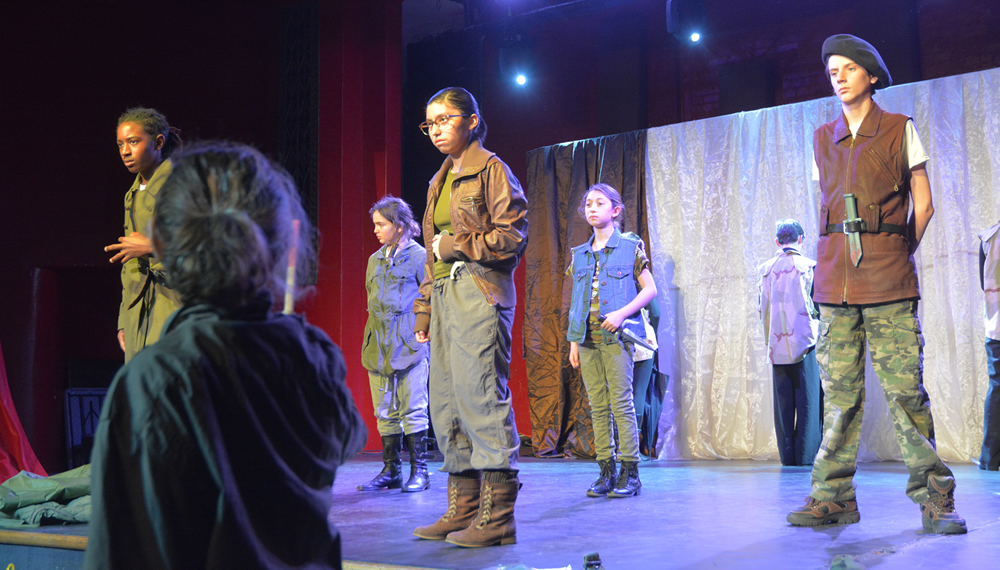 We are fortunate to have a loyal staff of extraordinary teaching artists – Kila Packett, Esdras Toussaint, Anniwaa Buachie, J. Bailey Burcham and Stephanie Ferrell – and students who clamor to return again and again, but can we tell you a secret? Behind the scenes, we still have the same administrative staff that we had when we were working with just 24 kids at the Lost Studio on La Brea! It is time to build our infrastructure to support the more than 1,000 young artists we will work with in 2019.

Your donation can help us do that! Please help us continue our mission to make the magic of theater and Shakespeare accessible to all!

With much love, and best wishes for a spectacular 2019!