SYF is back from Guanajuato, Mexico, where we conducted a bi-lingual Shakespeare Improv Intensive on The Tempest for ages 9-17.

Our theme?
“Passing the Mantle, Releasing the Power.”

Miss Blaire was welcomed with open arms to this culturally, ethically and socio-economically diverse school which has been in the region for 30 years. Because the area in San Miguel has a considerable number of relocated ex-pats from Canada, America and other states in Mexico, it was apropos to explore the story of Prospero and Miranda coming to a strange island and the ways in which they treated the locals. The Tempest inspired dialogue on how different can cultures blend peacefully when they share and appreciate each other’s attributes and traditions, but when “incomers” impose their beliefs and customs on the culture of origin, it becomes oppression. Again, as always, Shakespeare’s themes are universal and timeless.

Making alliances in Mexico is especially important to us, given the issues in our face at the moment and the concern and tension it has caused between us and our neighboring country. LADC will return to this progressive school soon – and add more under-served schools to our next visit.

The visit to Guanajuato reminds us that we are all just human beings trying to make some sense of the world … before our revels end all too soon.

Who better than Shakespeare to remind us – as in this speech that the San Miguel students learned with us:

Our revels now are ended. These our actors,
As I foretold you, were all spirits and
Are melted into air, into thin air:
And, like the baseless fabric of this vision,
The cloud-capp’d towers, the gorgeous palaces,
The solemn temples, the great globe itself,
Yea, all which it inherit, shall dissolve
And, like this insubstantial pageant faded,
Leave not a rack behind. We are such stuff
As dreams are made on, and our little life
Is rounded with a sleep. 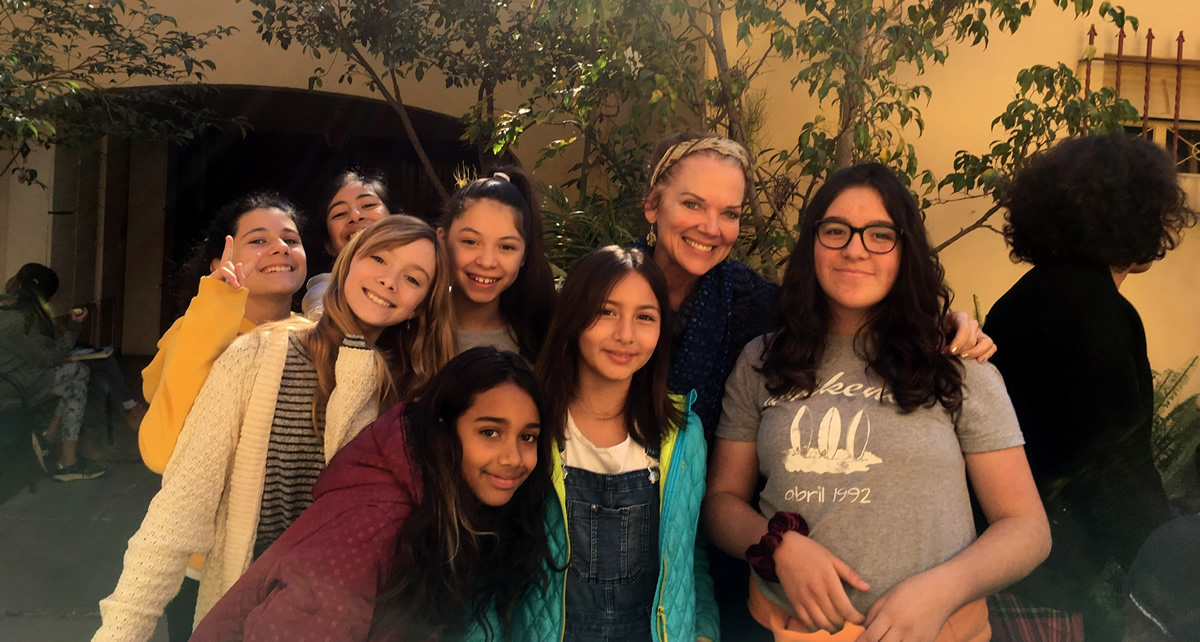