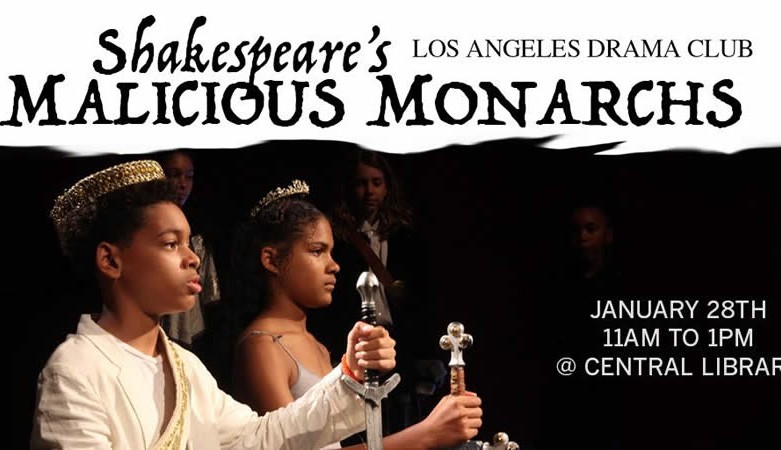 Los Angeles Drama Club was honored to be invited to perform at three branches of Los Angeles Public Library in January.

On January 28, we had the honor of performing Shakespeare’s Malicious Monarchs in the beautiful Mark Taper Auditorium at the downtown Central Library. Sixteen of our Players performed as some of Shakespeare’s most frightening and diabolical rulers, and those who supported them and opposed them.

After the Central Library performance, nine of our Players continued on to the Washington-Irving Library where we capped off their Shakespeare Festival. After enjoying some Shakespeare-themed snacks, we performed to an enthusiastic and packed house, who loved being asked to insult the Players, Shakespeare Style!

To learn how you can have Los Angeles Drama Club perform for your organization, visit our Willful Minors page.