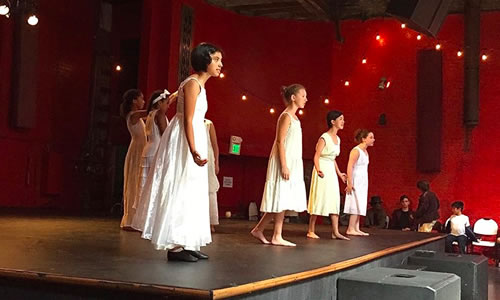 We not only explore Shakespeare’s plays set in Greece and Rome, but his references to mythology and Greek and Roman Gods, and the perspectives of Philosophers like Plato, Epicurus, Ovid, Lucretius, Seneca and Cicero. We explore some of the connections between Shakespeare, and playwrights such as Sophocles, Euripides, Aristophanes and Plautus. And we introduce the basis for all modern books, plays and screenplays – Aristotle’s Poetics. With this rich banquet of ideas, we create original skits and weave them with Shakespeare’s Greek & Roman plays.