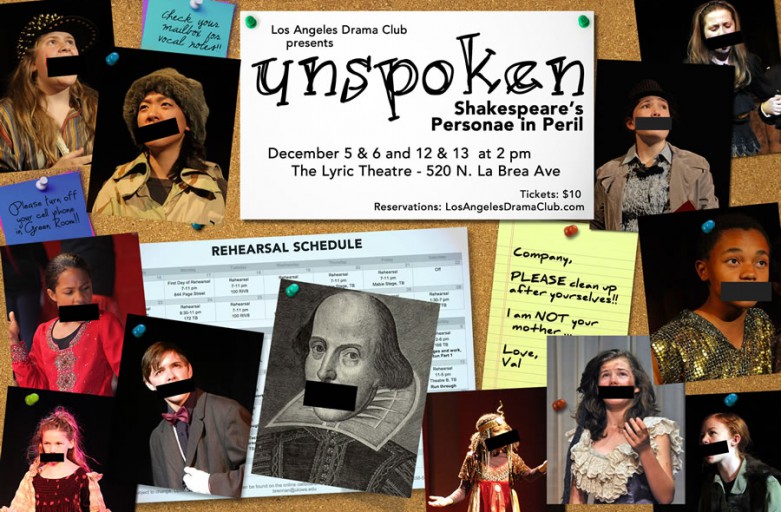 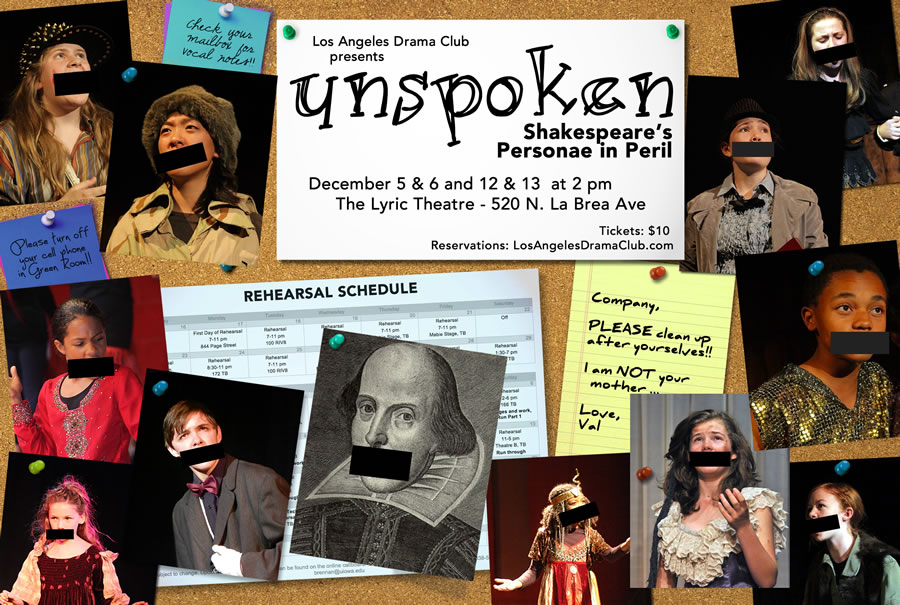 Join us as we premiere another original piece by Artistic Director Blaire Baron Larsen – a companion to last year’s hugely successful “Outspoken: Shakespeare’s Prisoners.” This time, when an unnamed “conglomerate” decides to take over the Canon, contemporize the language and cut all the plays down to 90 minutes, Shakespeare’s most commonly cut characters (like Hecate, Blind Gobbo, Christopher Sly, and more) argue passionately that they MUST BE HEARD!! We didn’t realize how timely our new play would be. Shortly after we began rehearsals, one of the country’s foremost Shakespeare Institutions announced that they had been given a large grant to commission 37 playwrights to “translate” Shakespeare’s plays into “modern” English.

Oops! We could not locate your form.