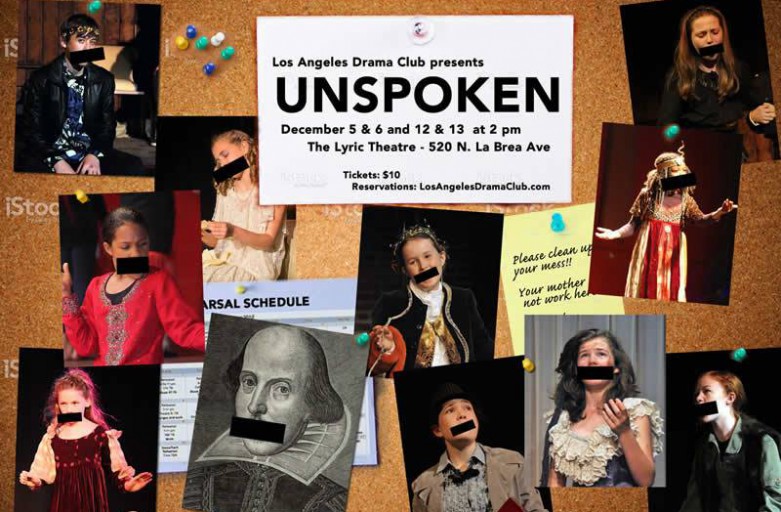 Fall 2015 saw the premiere of our second original script – and the second entry in Blaire Baron Larsen’s Spoken trilogy. Unspoken: Shakespeare’s Personae in Peril placed several of Shakespeare’s smaller, often cut characters in a mythical Green Room, pestering their harried Stage Manager to learn whether they would be going on in any of the hundreds of Shakespeare productions happening across the world. Frequently interrupted by an angry Lady Macbeth, they discover that there are plans afoot to cut them permanently, as the works of Shakespeare are deemed too long and too complex for modern audiences. Unspoken speaks out against this attitude, and reiterates the importance and the magic of Shakespeare and live theater. 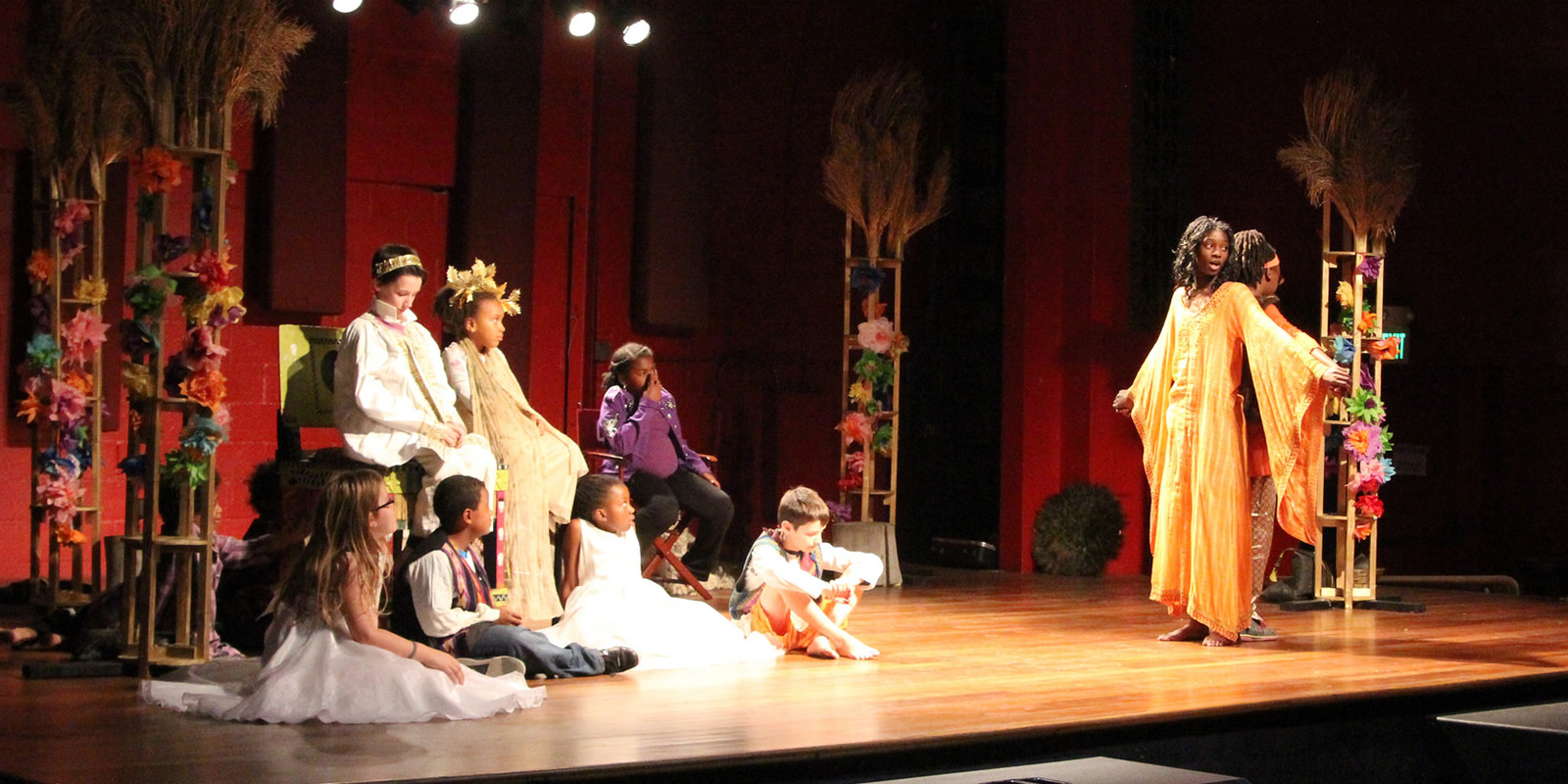 At Fais Do Do, our Shakespeare in the City Players presented Midsummer Night’s Dream. As the Runaways left the repressive Court, they found themselves in a 1960s “flower child” paradise, where tie-dye clad fairies made mischief, and the Rude Mechanicals rehearsed.